The suspects, according to Citinewsroom.com, are seventy-six-year-old Richard Kwame Asare and Kojo Tetteh, 74, both professional blacksmiths and residents of Pakro near Adawso in the Akuapem North Municipality.

They are suspected to be involved in the manufacture and sale of locally made pistols to criminals in the region.

The arrest follows intelligence picked up by the police that the suspects’ activities may have been undermining the security of the region and the nation at large.

READ ALSO: “I refuse to accept that I have lost you” – Tonto Dikeh mourns

According to him, a search has been initiated to apprehend persons who have bought guns from the suspects.

“The suspects will be charged for possession of firearms and put before the court to face the full rigours of the law. We are pursuing the persons who have benefited from this criminal venture.

The suspects are expected to be processed for court in the coming days. 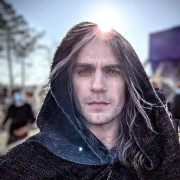 He forced me in a dark room, removed my clothes and slept with me, boy rarates how he was sodomized