THINGS are about to look a bit different when you next open your emails.
That’s because Google is planning a massive overhaul for Gmail which will force you to see the tech giant’s other services more.

From February 8 onwards, you can opt-in to start using the new look.

If you don’t like it, you can switch back to the old layout – but not for long.

Google is rolling out availability gradually this month, and will provide the option to revert to the previous style until April.

But by the end of June, you will be stuck with the new look whether you like it or not.The firm said it hopes the new experience will make it easier for people to “stay on top of what’s important” and “get work done faster”.

Thankfully, the changes don’t mess with things too much.

Aside from a revamped style, the main difference is the prominence of other apps.

These include Chat, Spaces and Meet, as Google tries to lure people away from Microsoft Teams and Zoom.The company says notification bubbles for the other apps will popup too.

It’s a risky move that could please some users while annoying others.

Someone who likes things in one place will probably think it’s really useful.

But others may find it distracting and prefer to keep things separate.

In other news, Apple has revealed a bunch of new emoji for iPhone, including a pregnant man and two saucy symbols.

Experts have warned that future space launches could be jeopardised if “stupid” regimes like Russia don’t stop blasting the skies creating debris.

And the most popular phone since the millennium has been unveiled, with many shocked to find out it’s not an iPhone. 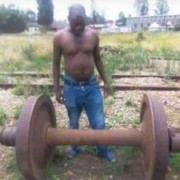 Rockstar Edits Out All Transphobic Content In GTA V Remasters

TikTok and Instagram could become part of a school curriculum